Iglesias is one of America’s most successful stand-up comedians performing to sold-out concerts around the world. He is also one of the most watched comedians on YouTube with almost a billion views and has over 25 million fans across social media. In 2018, Gabe was included in The Hollywood Reporter’s “Top 40 Comedy Players” issue alongside comedy giants Jerry Seinfeld, Chris Rock and Lorne Michaels. The comedian has also had the distinct honor of being one of the few to headline and sell-out Madison Square Garden in New York, Staples Center in Los Angeles and Sydney Opera House in Australia.

Iglesias is the star and executive producer of Mr. Iglesias, the multi-cam, Netflix original comedy series, which is currently streaming Part 1-3. Iglesias plays a good-natured public high school teacher who works at his alma mater. He takes on teaching gifted but misfit kids to not only save them from being “counseled out” by a bully bureaucrat Assistant Principal, but also to help them unlock their full potential. In 2020, the show won best Primetime Comedy at The Imagen Awards, which recognizes positive portrayals of Latinx actors/actresses in the entertainment industry

The actor/comedian also hosts Nickelodeon’s comedic competition show, Unleashed (10 episodes) which premiered last fall. The series brings the most impressive animal acts together to compete on-stage in front of a kid jury and celebrity judges Peyton List, Preacher Lawson, and Utkarsh Ambudkar for the title of “Most Entertaining Pet” of the night.  It was the #1 live action telecast spot with K6-11 through its first season.

In addition to the Netflix comedy series, Iglesias penned a deal with Netflix to release his next two stand-up comedy specials for the streaming service. The first, titled One Show Fits All, was filmed in front of a sold-out audience at the Toyota Center in Houston and debuted in January 2019. His third special for the streaming service will tape in the fall of 2021; both of these specials are follow-ups to his highly successful 2016 special, I’m Sorry For What I Said When I Was Hungry, which was filmed at the Allstate Arena in Chicago to two sold-out shows with a total of 20,000 fans in attendance.

Feature film credits include co-starring roles in Magic Mike, Magic Mike XXL and A Haunted House 2. Gabriel’s voice has been heard in many animated films over the years, and will be voicing “Speedy Gonzales” in the highly anticipated film, Space Jam: A New Legacy releasing in theaters & streaming on HBOMAX July 16th. In 2017, Iglesias voiced the role of “Head Clerk” in Pixar’s Academy Award nominated animated film Coco. He also voiced “Babo” in Ugly Dolls, “Rufus the Dog” in Sony’s Golden Globe nominated animated holiday film The Star and “Cuatro” in Fox 20th Century Film’s Academy Award nominated animated film Ferdinand. Gabriel is one of a handful of comedians with a theatrically released stand-up concert comedy film, The Fluffy Movie.

On the small screen, Fluffy’s Food Adventures, a non-scripted comedic docu-follow series completed a 3-season run on FUSE TV in 2017. Gabriel was a recurring guest star on the ABC sitcom Cristela, and also guest-starred in an episode of ABC’s hit comedy Modern Family. Comedy Central aired Iglesias’ hit series Stand-Up Revolution for 3 seasons. Comedy Central also aired Gabriel Iglesias: Aloha Fluffy in an unprecedented two-night comedy special to over 15 million viewers. The special was a follow-up to his previous DVD specials, Hot & Fluffy and I’m Not Fat…I’m Fluffy, which have sold millions of copies.

Gabriel Iglesias is the youngest of six children, raised by a single mother in Long Beach, CA. It was during his childhood that he developed a strong sense of humor to deal with the obstacles he faced. In 1997, he set out to hone his comedic skills, and performed stand-up anywhere he could find an audience; including biker bars and hole-in-the-wall joints. Gabriel’s stand-up comedy is a mixture of storytelling, parodies, characters and sound effects that bring his personal experiences to life. His unique and animated comedy style has made him popular among fans of all ages. 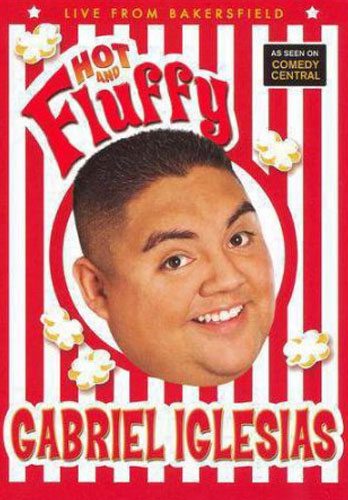 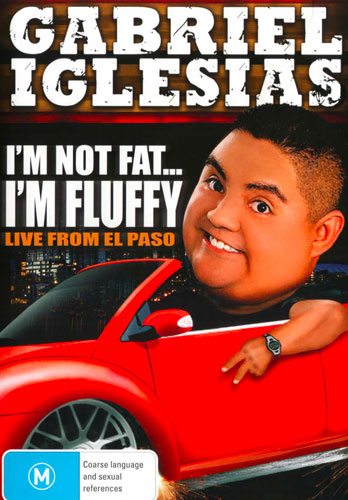 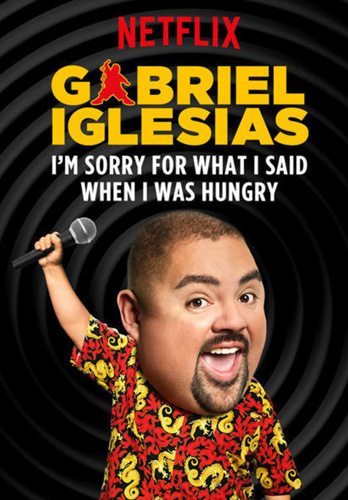 FLUFFY ON THE BIG
AND LITTLE SCREEN 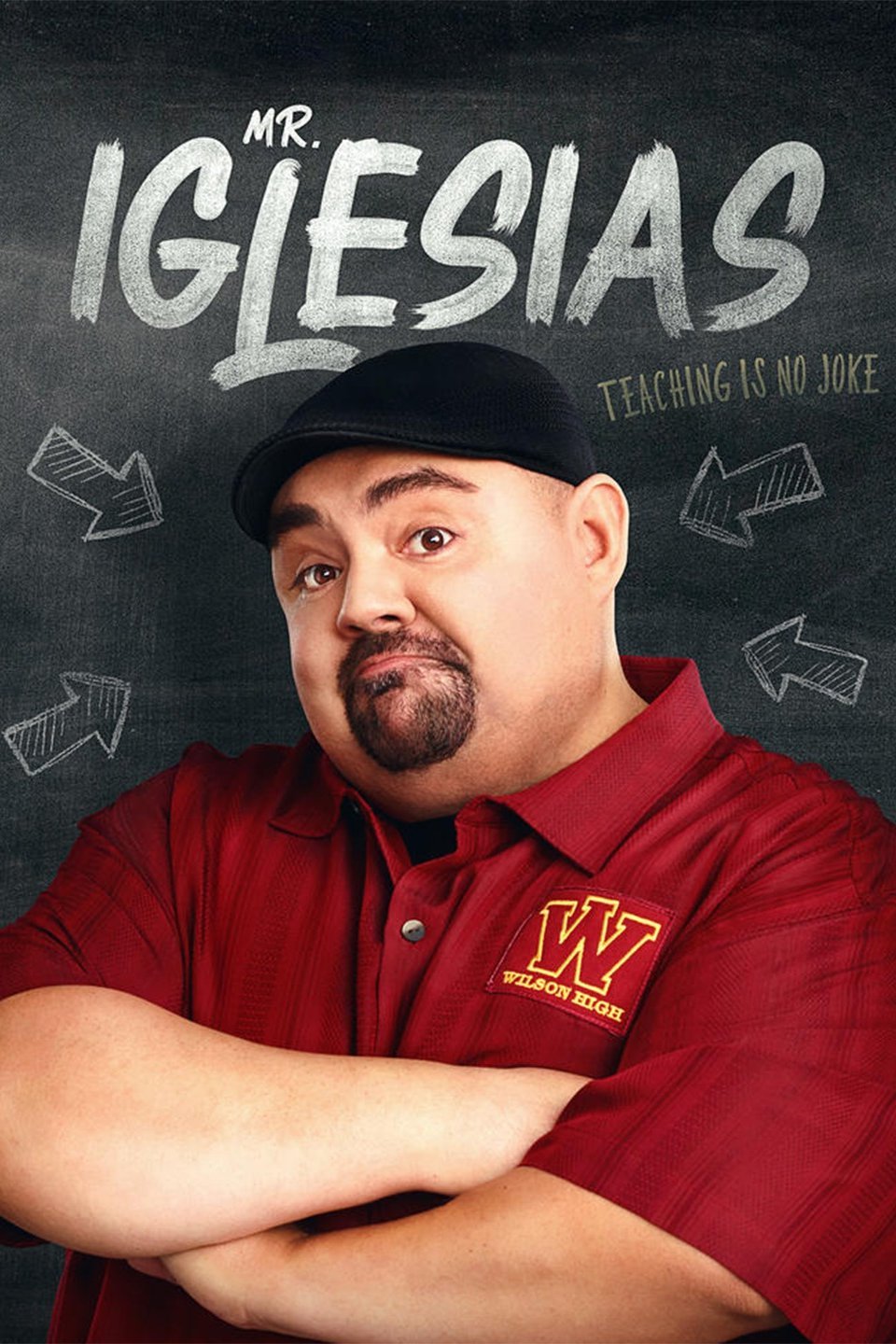 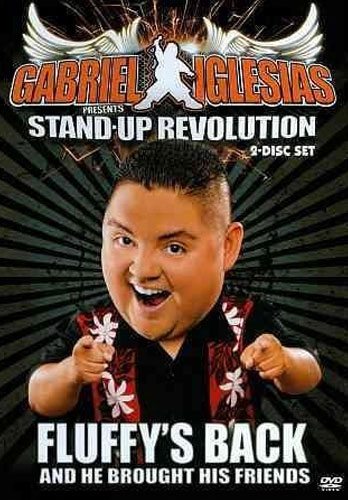 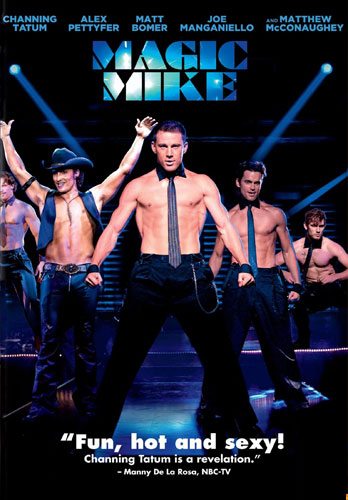 Sign up to be the first to find out about upcoming projects.